Camping with your family is a rite of passage for a lot of Minnesotans. I grew up spending a few summer weekends in rickety old tents with the smell of bonfire smoke permanently infused in my hair. We wanted this same experience for Elodie. Well, maybe not a few summer weekends, but at least one at a different state park each summer. We started this tradition last summer in “luxury” by renting a rustic cabin at Lake Itasca State Park. It went smoothly.

This summer we decided to get brave and roll out the tent that has been sitting in our garage for 10 years. We joined three other families with three-year olds and went down to Forestville/Mystery Cave State Park in southern Minnesota for two nights of actual camping. I think it’s been 18 years since I slept in a tent.

This was as disconnected as you could get. We had no cell phone service in the park. No ipads, no movies. We threw footballs, took walks, put on dance shows at the amphitheater and painted rocks and covered them with glitter for entertainment. It was perfect. We were making those idyllic childhood memories. 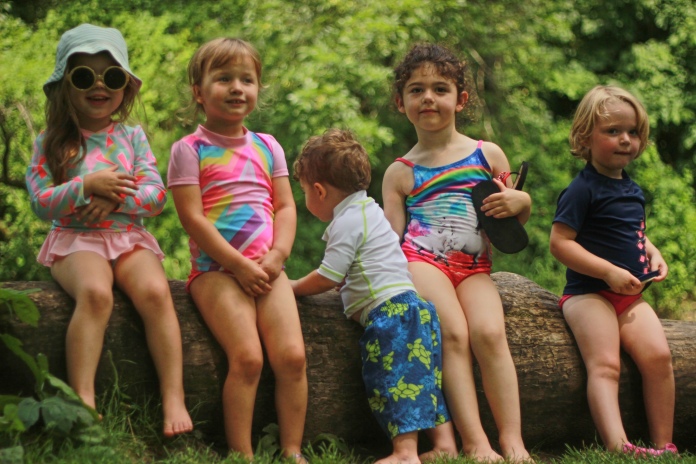 Nothing with three-year olds is easy but we were feeling pretty proud of the girls by the time evening rolled around on Saturday night. They were tired, dirty, hot and hadn’t eaten anything healthy but they were good. There had been a few pouty lips or stomping off to melt into a puddle of sass in the weeds (ew…woodticks) but no meltdowns. I was feeling pretty darn proud of our parenting skills. We got this.

We never got around to telling scary campfire stories but I will now share the one that will be my go-to for years to come, broken down into the elements of all good scary stories:

Foreshadowing: Elodie put herself to bed around 10:00. With temps in the 90s the parents were feeling pretty drained. We complained that it was too hot to drink and too hot for a bonfire – definitely too hot for sleeping but we trudged into our tents and tried our best. When we got into the tent, E whined and rolled around but was shushed back to sleep.

A minor scare: I dozed and awoke to the sound of our campsite getting ravaged by something. For a moment the snuffling and growling near our tent door made me afraid it was a bear. However, we’d seen a raccoon earlier in the night and we knew that our little friend was back. Jack raced out of the tent when we realized that the devious critter had figured out how to get into the cooler and stolen some of our leftover corn on the cob.

The beast awakens: Unfortunately we woke Elodie up while shooing away the thief. It wasn’t the kind of wake up where she is curious what is going on and wants to party. It was the wake up of a tiny, hot and over-tired monster with whining, crying, back arching and eventually screaming.

Running for your life: Remember – we are in a tent. In a very quiet campground. We were officially the people keeping every single other person in the camp awake and there was no escape.

So, we do what all good parents do and we start by offering food and water.

Then we move to bribery – marshmallows for breakfast, horse rides somewhere (no joke – I offered horse rides, heck, I would have purchased her a freaking pony if she had stopped screaming).

Then we tried empathy when we heard that we had awoken a baby across the campground. “Be brave for baby Emma…….”

You guys, I even tried covering her mouth with my hand. (I’ll accept the parent of the year award now).

Then we moved into the car for more of the same but at least we had air conditioning and something that could muffle the screams. While screaming she started to complain that her ear hurt. Now, I knew in my gut that she was just over-tired. She’d shown no symptoms of an ear infection. But a small part of me was worried. She didn’t have any reason to know that an ear ache would get her extra attention or sympathy. She’d never done anything like this before and ear infections come on suddenly and very often at the most inopportune moments.

So we backed the car out of the campground and drove until our cell phones got service to look for an ER. We’re in the middle of nowhere so the ER is an hour away and we start driving country roads with plenty of critters running across to keep us awake and alert.

Elodie finally settled down. Hoping to avoid an expensive ER visit I kept asking about her ear. Did it really hurt? Could we see a doctor in the morning? This resulted in turning back to the campsite once and then back toward the ER again.

Safe at last: Finally, her eyes shut. Jack and I debated the ER again and decided that we would drive until we found a place to buy Tylenol and if she didn’t cry again we would just go back to the tent and tell her the doctor gave her medicine. Luckily an open Kwik Trip was our oasis in the desert of desperately tired parents. With that precious red liquid in our hands we went back to the tent and got 4 hours of sleep until a family of crows woke us. The monster had transformed into a pretty little princess with tons of charm and no sign at-all that she’d been awake screaming most of the night.

Like all good scary stories, the characters did not learn any lessons. With bags under our tired eyes we all agreed we would absolutely do this again next summer because it was so much fun. 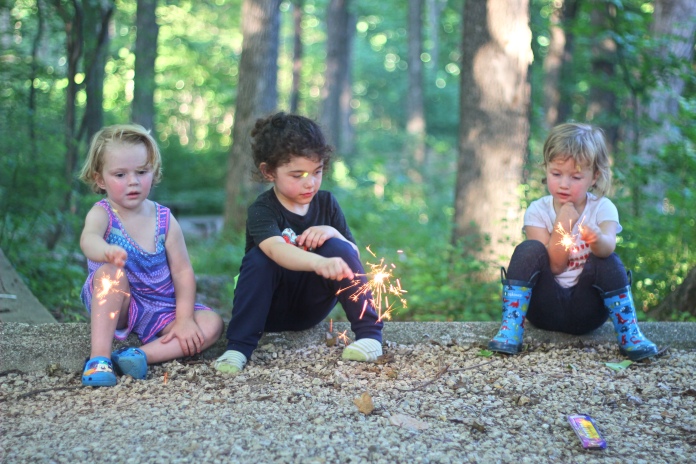 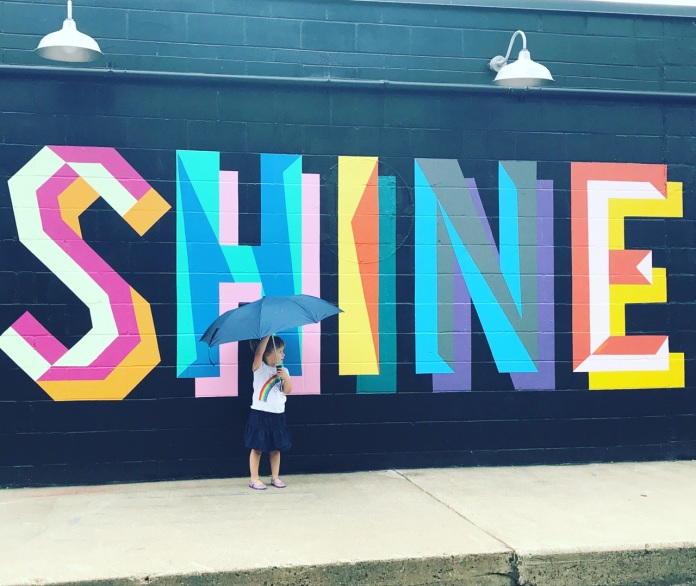 Its one thing to write thoughts in your own little corner of the internet. Three people read this and they are my besties and know everything about me anyway.

Its an entirely different thing to see your own words and photos shared with thousands of subscribers. Deep breaths….deep breaths….

I used to pride myself on having a really excellent memory. Ever since becoming a mom that has slowly faded. Too much on my mind I guess. So this morning when my article posted on Twin Cities Moms Blog I re-read it like, “what did I write?!” I remembered the theme but not the words.

In the end I am proud but that anxious and self-critical part of me cringes. What will the world think of me? I’ll probably spend much of the day eyeballing comments on the blog, and three social media platforms.

I’m embracing this new role and I am shining in knowing that someone is saying, “me too”. Here’s to coffee and Rescue Remedy to get me through the first day of being noticed.

The Minnesota Children’s Museum had a drastic remodel. They’ve done a great job at press so its been shared a lot and I am not going to spend my time today on the details. However, if you are in the area you should definitely check it out.

I’m going to spend my time today on what I learned and what I hope to grow from my experience there.

This lesson came at exactly the right moment. I guess these children’s play experts really know what they are doing. My daughter was spending quite a bit of time at one specific exhibit. It wasn’t one that I really loved so I sat back against the wall impatiently waiting for her to get bored. I played on my phone while mild interest for something to do. About the time that I was going to suggest we move along, I saw a sign.

I saw a sign? Did this blog just go off the deep end? No, I literally saw a sign.

Here is what I love about this message. I was about to suggest to my daughter, who was independently playing with kids she didn’t know, that we go do something else. I’m not a parent who thinks that I need to be present and mindful every waking moment of my child’s life but at the same time stopping and looking for what she found interesting in this experience was powerful. What was she learning by moving boxes around? Look at my clingy girl playing with other kids and taking turns! Look at her deciding what she likes to do and doing it.

I could take a lot of time and digress into parenting guilt. The guilt of always telling our children to hurry up and herding them along to something else to do. People have covered this so I am not going to.

Here is what I learned from that sign at the children’s museum. We should all give ourselves grace to do what we like and to spend our time doing it. How often have I gotten up from reading a really good book because I should be doing something else? Or cut outdoor time short because I should be inside tackling the to-do list? Obviously things need to get done at some point and I would much rather read than do the laundry. But I think we too often judge ourselves for not being productive. What if we kept looking for the reasons why we are so into something? Maybe that lazy outdoor time is a mindfulness exercise? Maybe that book is a brain challenging activity? Maybe we just need something more in our lives than to-do lists?